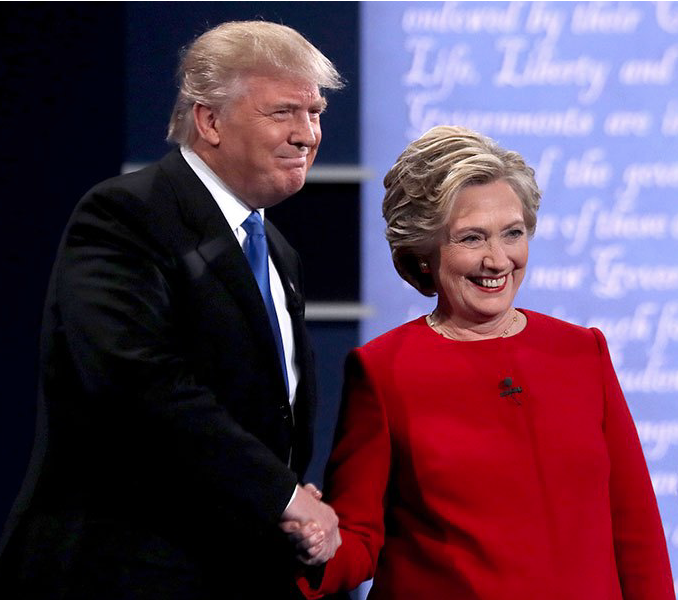 “The effort to change the result of the election at any cost continues.

This is highly symbolic—and highly insane.

The tweet above comes from the documentary filmmaker Michael Francis Moore, and encapsulates a sentiment that seems to remain alive. After that message, Mr. Moore sent more Tweets, elaborating on the matter. For instance, he emphasized that:

“Trump is not president until 12 noon on Jan 20th. So we’ll continue to fight…”

“Hillary Clinton won the election on Nov 8 by 2.8 million votes over Donald Trump. Which is to say, she lost. U r right, not a democracy.”

In reference to the latter, let me offer the following reflection.

Thus, we can see that Mr. Moore’s calculation is correct.

Now, let us check the results in the most populous state of this country: California. In the Golden State, Hillary Clinton/Tim Kaine acquired 8,753,788 popular votes, and Donald Trump/Mike Pence, 4,483,810 popular votes. Doing the math, we can easily verify that:

So, what story do these numbers from the National Archives tell us? Well, we are not quite there yet.

Now, just for the sake of argument, let us imagine a United States comprised of all the other 49 states and Washington D.C., excluding California. In that case, doing the math once again, we can easily verify that:

The Republican ticket would have acquired 1,430,781 more popular votes than the Democratic ticket.

I have been ruminating about the fairness or unfairness of the Electoral College (EC), and I bring up the above results to help us in this endeavor.

The story they tell us is this: if the EC did not exist, one state alone would have selected the next President of the entire country. We can recognize what a distortion that would be. And herein lies the motivation of the Founding Fathers when they established the current system, rather than following the one person one vote model.

In summary, this favorable side of the EC prevents the most populous states from taking over the Presidency. Instead, the EC distributes electoral influence, and aids smaller states in being heard.

Considering all of these reflections, I will kindly ask you to ponder the following idea:

This is my positive takeaway from the situation.”