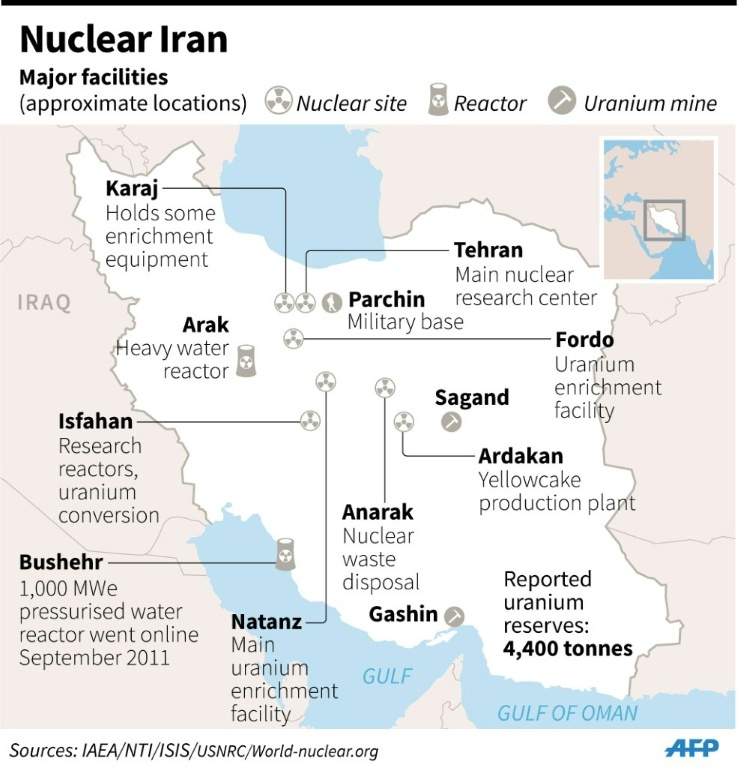 “… The second observation refers to the Iran Nuclear Deal. I see merit in the argument that Hillary stressed in her latest speech: “It is long past time for the Saudis, the Qataris, and the Kuwaitis and others to stop their citizens from funding extremist organizations.” Nevertheless, the problem is that her group of “others” contains the biggest of all:  The Islamic Republic of Iran.

Iran is considered the world’s largest sponsor of terrorism because the money flows from both their citizens and the government itself. That said, here I am not going to analyze the minutiae of the Joint Comprehensive Plan of Action (JCPOA), ordinarily known as the Iran Nuclear Deal. Rather, I will only underline two points that are noteworthy.

One, the Deal provides a robust reinforcement to the Iranian finances. With the removal of sanctions, Tehran has been back to the international oil market. Moreover, the Iranian government will have access to over US$ 100 billion, which were previously frozen, in cash.

Two, we already know that the Obama administration was determined to close the deal at any price, and so it circumvented “the Advice and Consent of the Senate” prescribed by the Constitution. But on top of that, the deal-treaty was backed by a specific and strategic effort: the “echo chamber.”

The Iran Nuclear Deal “echo chamber” consisted of a well-orchestrated plan to sustain President Obama’s decision. The stratagem was revealed by Ben Rhodes in an interview to The New York Times Magazine on May 5, 2016. Mr. Rhodes serves as the White House Deputy National Security Advisor for Strategic Communications, and the article is entitled “The Aspiring Novelist Who Became Obama’s Foreign-Policy Guru.” Rhodes was unequivocal:

“We created an echo chamber [to sell the Iran Deal].”

Essentially, the innovative campaign, if you will, counted on the faith of the American people and journalists. The article describes those reporters as “often-clueless.” Rhodes emphasizes that it was easy to shape a positive impression of the Iran Deal by exploiting their lack of maturity, familiarity with, and understanding of the matter:

“The average reporter we talk to is 27 years old, and their only reporting experience consists of being around political campaigns… They literally know nothing.”

Therefore, the White House indoctrinated a multitude of specialists to spoon-feed and harness those correspondents. As the article explains, “legions of arms-control experts began popping up at think tanks and on social media, and then became key sources for hundreds of often-clueless reporters.” The specialists were smoothly and effectively connected with the journalists. Bingo.

Let us see how Rhodes described the move with his own words:

“They [experts] were saying things that validated what we had given them to say… We had test-drives to know who was going to be able to carry our message effectively, and how to use outside groups like Ploughshares [the anti-nuclear group], the Iran Project and whomever else. So, we knew the tactics that worked. We drove them crazy.”

This exceedingly well-funded machination was crowned with the traditional approach, i.e., ladling out millions of dollars into advertisements. Because of all that, the American people might have been misguided.”

“Let us envisage an unmarked cargo plane, filled with US$ 400 million in assorted denominations and currencies – Euros, Swiss Francs, and others. Now, let us depict all this money packed into wooden pallets. On top of that, imagine the President of the United States secretly ordering to hand over such load to the country that the United States itself describes as the “world’s biggest state sponsor of terrorism” – Iran.

Making a quick parenthesis, I have just watched here in D.C. the amazing spectacle “Kurios” by Cirque du Soleil. It consists of a sort of tribute to the human imagination. I can say that from this standpoint the narrated fact about Obama-Iran would be ranked at the top positions. The screenplay could have come from Hollywood – as an original or adapted screenplay, but that is not the case. The described development is part of the unvarnished reality.

The facts. On January 17, 2016, President Barack Obama addressed the Nation celebrating the fulfillment of the mandatory steps by Iran – under the Deal, assuring that Iran’s nuclear program will remain entirely peaceful. For example, we already know about the “echo chamber,” the over US$ 100 billion unblocked, and the lifted sanctions. As if that were not enough, the Nation discovered, at this point, that the POTUS forgot to mention what he may consider a tiny detail.

On that same day—January 17, 2016, right before the release of 5 American hostages from Iranian custody, the previously described drama, if you will, effectively occurred. Obama’s administration secretly shipped US$ 400 million in cash to the Iranian government. The delivery remained secret until August 2, 2016, when the Wall Street Journal broke the cinematographic happening.

As reported by the WSJ, the U.S. government procured the money from the Swiss and Dutch central banks, and this delivery represents the first installment of a US$ 1.7 billion payment: The principal (US$ 400 million) plus interests (US$ 1.3 billion). The settlement refers to an amount sent to the U.S. by the Iranian Shah Mohammad Reza Pahlavi in the beginning of 1979 – just before the Iranian Revolution overthrew him and abolished the monarchy.

The money sent in 1979 was the down payment for a large purchase of military equipment from the then American allied, Shah Reza. The jets and other weapons were never delivered and the down was frozen. In November of that same year, the relationship between the two Countries exacerbated when supporters of the Revolutionary Government took 52 U.S. citizens as hostages, including some diplomats, at the American embassy in Tehran.

In retaliation, the U.S. Government also held other US$ 12 billion, which Iran had on American shores. After 444 days, precisely in January 1981, the hostage crisis was resolved, and consequently, the US$ 12 billion was made available to Iran. However, not the whole money was available immediately: US$ 3 billion was directly returned, part of it went into escrow, and another portion was used to pay some Iranian creditors.

Then, the Iran United States Claims Tribunal was established in Hague (Netherlands) as the proper forum to have claims settled by one government to another – by Iranian citizens versus U.S. and vice versa. With respect to the returning of the down payment made by the Shah Reza, it is a long-term polemic as well.

Now, the WSJ reported that President Obama ordered the total of US$ 1.7 billion were returned and that the first US$ 400 million were delivered through this peculiar way. Despite Congressional queries, the Democratic Obama administration has refused to disclose further details of the rest of the payment.

Consequently, Your Honor the Tax Payers in particular, and Your Honor the American Citizens in general, will need to creatively envision whatever is also embedded in this whole thing.

Obviously, we know that any government in the world has its secrets; imagine the most powerful office on Earth. However, the crux here is…”