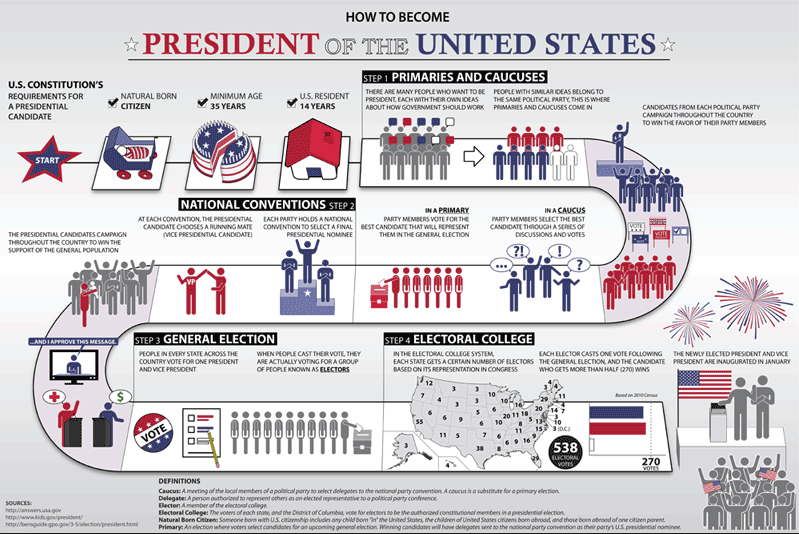 “The Electoral College (EC) is neither a location, nor a venue. It is not even a name that refers to a certain group of people; rather, it boils down to a process. The Electoral College process is managed by the National Archives and Records Administration (NARA), which has no such jurisdiction over General Elections. The head of the NARA is named the Archivist.

The EC is the decisive phase of a Presidential Election in America, which consists of a compound of multiple proceedings and layers. It is always essential to bear in mind that, although a Presidential contest is national by definition, in the U.S., it is better understood as a state-by-state race instead.

Each state has its specific quantity of Electoral Votes, which are the result of its number of Congressional Districts—Representatives in the U.S. House, plus the number of Senators—as commanded by the Constitution. Winner-Take-All states are overwhelmingly prevalent, with Maine and Nebraska as the only two exceptions. In those two states, the winner of each Congressional District acquires one electoral vote, and the winner of the state at large accumulates the additional two.

None of the five American territories participate in this phase, but Washington D.C. does. The District has the minimum number of electors ensured to the smallest states: three. Consequently, there are 538 Electoral Votes, and to be elected President requires a majority: 270.

If no one reaches the magic number, the U.S. House nominates the next POTUS from the 3 Presidential candidates who have won the most Electors, but each state delegation has a single, equal vote in this new instance. As for the Vice President, in the same circumstance, the U.S. Senate elects him or her from the two best-positioned Vice Presidential candidates, and each Senator has the right to cast an individual vote.

Didactically, let me underscore that the 538 Electoral Votes represent the sum of 435 Congressional Districts, 100 Senators, and 3 votes assigned to the District of Columbia. Accordingly, it is the overwhelming portion of the 538 Electors, exactly 435, are allotted per the Censuses.

In the 2016 Presidential election, the 2010 Census set the figures. Hence, the rule was the same as that adopted for the 2012 election, and will be in place until 2020. The Electors are distributed as follows:

Intriguingly, since there is no legislation enacted in the U.S. that forces citizens to vote, the EC serves to perfect an eventual discrepancy in the state-by-state turnout. As I have noted, the decennial Censuses are the main factors in the apportionment of the Electors; therefore, the rule ensures that every state will participate proportionally in the process—regardless of voter turnout.

Considering that, independent of population, any state has the same number of Senators (two), ultimately the small states have their influence augmented significantly. To illustrate, the seven states allocated only one Congressperson each—Alaska, Delaware, Montana, North Dakota, South Dakota, Vermont, and Wyoming, have a combined seven of the 435 seats in the Lower Chamber. That represents roughly 1.61%.

Nonetheless, together they have 21 of the 538 Electors, which equals approximately 3.90%. At the end of the day, those 7 states experience an increase of about 242% in their leverage. That is tremendously significant. Washington, D.C. experiences similarly a huge empowerment through this process.

Likewise for the states of Hawaii, Idaho, Maine, New Hampshire, and Rhode Island, with only 2 Representatives each, and for Nebraska, New Mexico and West Virginia, each with 3 Congresspersons. In short, these 15 states safeguard the life of the EC, formulated by its framers back in the 18th Century. And the reason is simple: A Constitutional amendment becomes effective only if ratified by 38 states.

After making these observations, let me clarify what really happens on an Election Day. As the voters cast their ballots nationwide for President and VEEP, in fact, they are first and foremost selecting the Electors who are committed to voting for that Presidential ticket in the Electoral College. Depending on each state’s rules, the names of the potential Electors may or may not be exhibited on the ballot.

One way or another, this is the second and final step in the selection of the Electors. Prior to Election Day, each party in the respective state has already determined its slate of potential Electors. Typically, the Electors are party-oriented figures, and essentially, any citizen who complies with their civic duties can become an Elector.

However, state laws vary, so they can set other qualifications and requirements. Additionally, Article II of the Constitution stipulates that:

“No Senator or Representative, or Person holding an Office of Trust or Profit under the United States, shall be appointed an Elector.”

Following the selection of the Electors, on Election Day, each Governor issues seven original Certificates of Ascertainment. One of them must be sent to the Archivist, while the other six are kept, in order to be used during the upcoming Meetings of Electors (ME).

Subsequently, the MEs convene on the first Monday after the second Wednesday in December—the date set by Congress. In 2016, the MEs occurred on December 19th. Usually these Meetings take place in the State Capitols, and must occur in each state separately.

Consequently, in fact, this “Meeting” of Electors is really 51 different ones—which take place in all 50 states and Washington, D.C. to select the President and the Vice President. This provision comes from the 12th Amendment, which aimed to obstruct any attempts of manipulation, which might happen if there were a single meeting in one venue.

Considering these factors, it is possible to conclude that the day of the MEs is the day in which the POTUS is truly elected. And this is accurate! We could even be picky, and say that it is the moment at which the President-Designate, based on the outcome of Election Day, actually becomes the President-Elect. By any means, this is indeed a very solemn day, and full of ceremonial procedures.

Once the Meetings of Electors are concluded, the results are registered on 6 original Certificates of Vote, which are joined with the 6 Certificates of Ascertainment. Then, the Electors sign, seal, and declare the bundle of Electoral Votes as valid. Thereafter, the documents are sent to the appropriate authorities, at both the Federal and State levels.

For the 2016 cycle in particular, December 28th was the deadline for the President of the Senate and the Archivist, among other designated officials, to receive the Certificates of Vote and additional documents. After that, the prerequisites for the gathering of the U.S. Senators and the U.S. Representatives were fulfilled, and this joint session of Congress occurred on January 6, 2017.

Finally, since 1937 the Inauguration Day is on January 20—in the year after Presidential Elections have been held.

On that day of 1937, the longest serving President in American history was inaugurated for his second term in the Office. I am alluding to Franklin Delano Roosevelt (FDR)—POTUS from 1933 to 1945, who died in the beginning of his fourth term. The change from March 4 to January 20 was a consequence of the 20th Amendment of the Constitution.

Therefore, precisely at noon Eastern Time (ET) begins a new Presidential tenure, after the President-Elect and the Vice President-Elect take their respective oaths of office, and are sworn in as POTUS and Vice President. Both the Inaugural Ceremonies and the traditional luncheon take place at the U.S. Capitol.

To sum it all up, here I list the crucial procedures and dates of the EC—the latter are specific to the 2016 cycle:

which generates the Certificates of Ascertainment.

which produces the Certificates of Vote.

which counts the votes and declares the winners.

when the President-elect and the VP-elect take the oath of office and become President and Vice President of the United States, respectively.

Furthermore, it is relevant to make note of three intertwined elements: a faithless Elector; the Founding Fathers’ idea; and popular sovereignty.

There is no Federal commandment obligating Electors to vote for the candidate who won the popular vote in their respective states. Although several states have provisions for such matters, the sanctions are all very weak. Therefore, all that bonds Electors to the winners is a customary commitment. Historically, the exceptions are very few, and they are named unfaithful or faithless Electors.

When the Founding Fathers conceived the EC, they had in mind a way to eventually “filter” the will of the people. They were skeptical about the discernment of the voters. There was a strong sentiment that citizens were “too little informed of personal characters,” and “liable to deceptions.” In 1787, James Madison—POTUS from 1809 to 1917—addressed this eventual pitfall in the Federalist Papers:

“Men of factious tempers, of local prejudices, or of sinister designs, may, by intrigue, by corruption, or by other means, first obtain the suffrages, and then betray the interests, of the people.”

As we can see based on the rarity of unfaithful Electors, never has the EC felt the necessity to perfect the will of the people. The bottom-line is: popular sovereignty has proven dependable, and therefore it has been preserved over the course of the history of this country.”